Summer time = holiday time! This year the three of us decided to spend a week in London, then move on to Edinburgh for another week together with a few friends making it a group of seven. Had a very enjoyable time although we nailed it with walking a few kilometers through London on the hottest day ever recorded in British weather history! Oh well … 😉

When deciding to visit Edinburgh I also looked up a few of the well known VHF DXers in Scotland to see how far they are away. I do like to meet the locals if time permits (which is sometimes rather tricky when travelling in a group). As it turned out Jim, GM4FVM, whom I had already dozens of QSOs with (see QSL below as an example … everybody active on 4 m will certainly have QSO’d him already 😉), is just an hour’s drive away so I asked him if he was okay with a short visit. And he was! 😎 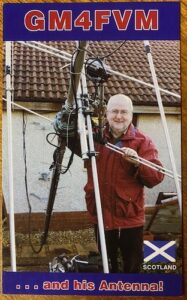 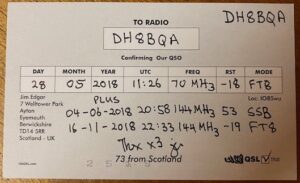 We had a very pleasant afternoon with him and his lovely wife Sue. Thanks for the awesome tea and original scones, very delicious! 😉 While the girls had a walk through their fantastic garden exploring all the “green stuff” I’m not as interested in 😉 Jim and I, after visiting his small efficient antenna farm, made it to the shack and discussed a lot of things. We are very like-minded on so many topics and interested in the same stuff I often had the feeling I was sitting there with one of my best long-time friends! Really great and after all one of the many things that make Amateur Radio stand out as a hobby: finding friends over the air and maybe even meeting in person like in this case.

Many thanks Jim & Sue for the very enjoyable time! Will sure meet you on the bands again but hope to meet in person in the future again, too, maybe next time in Germany. 😉 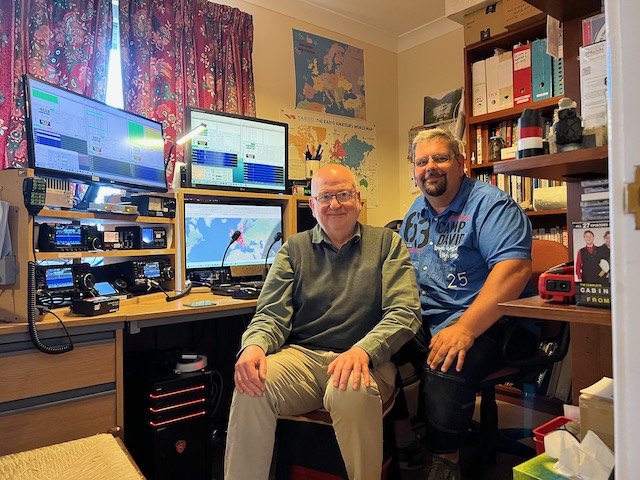