Exploring the Mountain Pine Ridge Reserve today we got the tip to visit the Five Sisters Falls. To be honest I was rather disappointed, there’s not much of waterfalls to my mind. But as chance would have it we saw a small sign named “Big Rock Falls” when going there. So on our way back we decided to take a look and descend about 150 feet height in rough terrain and were really surprised! Rather by coincidence we found that picturesque waterfall and had it all for our own! 😎 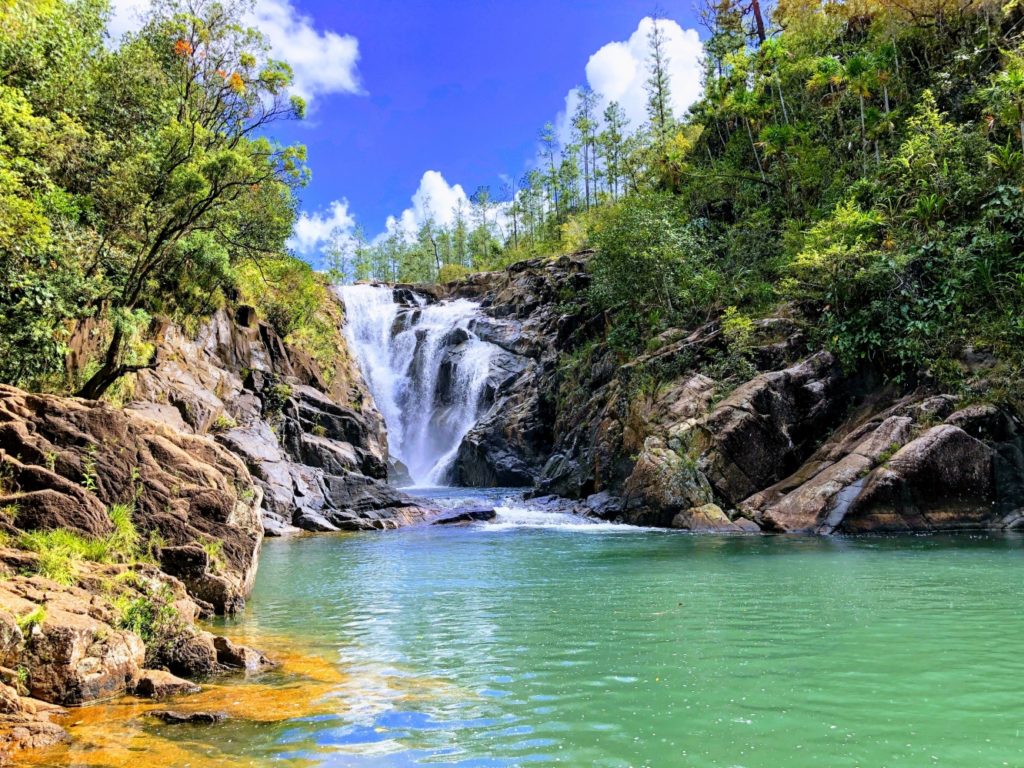 As we found out later by searching the internet it seems to be the second biggest waterfall of Belize and an insider tip. If only we would have looked it up earlier. 😉  You will find similar photos on the internet but the one above was really taken by myself! Just a little color optimization added.

This entry was posted in Expeditions, General stuff. Bookmark the permalink.