Boy, THAT was fun, what a weekend! We had continous Sporadic-E on Saturday for over 16 hours straight, very wide-spread, open to almost everywhere all the time, no matter where the antenna was pointing to! 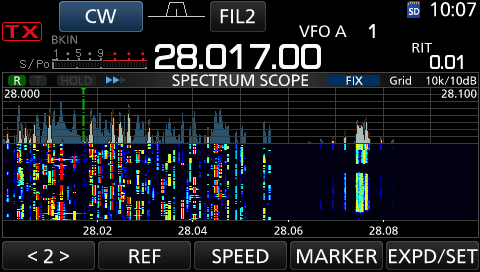 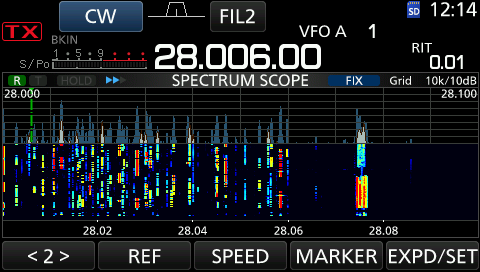 Would you believe this is sunspot mimimum?

I had set a new German category record in 2016 with a bit over 800 QSOs and 507k points. Well, I went to bed with 800 QSOs under the belt already Saturday evening. 😎 So a new record was in reach although points-wise I was much behind as there was more DX to be worked 3 years ago. So kept my fingers crossed during the night that propagation would continue. But with Sporadic-E you never know … that’s why they call it sporadic. 😉 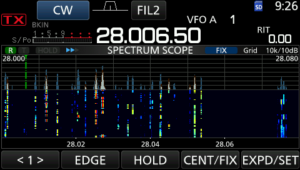 A less crowded band on Sunday

Sunday was much slower and thus hard(er) work. The band was still open almost all day long but more patchy and it felt like much less activity. Or maybe it’s just the limit of workable/available stations in Europe? At least when “sitting in the middle” which is certainly the case with my location. That means too little distance to the main activity centers for normal Sporadic-E. Luckily it was even shortskip this weekend and I could work a few inner-DL contacts as well which helped the QSO total and multiplier count a bit, too, I guess. Shortest distance worked where I’m sure it was via ES (mainly due to signal strength, you don’t produce S9+ signals over that path on troposcatter, but also judging from ES cloud locations monitored on dxmaps.com) was around 350 km west of Hamburg. Cool stuff! 😎

94,8 % of the QSOs were made within Europe. Contacts outside Europe included DX like HS, 4L, 4J, 4S7, 9K2, BY, EX and VU in Asia, PY and LU in South America as well as 8P6 and KP4 in North America. Except the usual “nearshore” countries like EA8, CT3, 7X and CN nothing else was worked from Africa. Details can be seen in my SH5 analysis.

Finished with over 1.200 QSOs in total, never would have thought to make that many QSOs this weekend! Easily broke my own old German record and am eager to see how the competition did. Fortunately the preliminary results, i.e. before log checking, should be available within a week or so …

This entry was posted in Contesting, Propagation, Sporadic E. Bookmark the permalink.