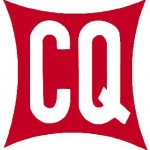 As I just recently discovered I might like RTTY contesting I thought it would be a good idea to enter (for the first time ever) the CQ WW RTTY held last weekend. I already did a few smaller RTTY contests during the last few month’ and really liked it. Well, the CQ WW RTTY felt a bit different. First of all conditions were quite distorted due to a recent flare. SFI up into the 200’s but that does not help anything at all if Aurora is going on so no good 10 m condx overhere up north. 🙁 Second I really felt like QRP although I’ve been pushing the KPA500 to it’s limits, i.e. 600-650 watts depending on band. And our antennas are really not the smallest ones but I always had the feeling of always being the last in the queue of callers. Well, activity might have been a reason, bands were really full, i.e. up to 60 kHz on 40 m, 70 kHz on 20 m and even with not optimum condx up to 60 kHz on 10 m …

Usually CQ WW RTTY is *the* RTTY contest for Uwe, DL3BQA. He’s a big fan of RTTY contesting so he regularly participates in that one, of course. Naturally he had the choice of band and decided for 15 m. I had some other obligations during the weekend, too, so decided to spend a few hours every now and then and do an allband entry just for fun. Well, “allband” was rather 4 bands as 15 m could not be used, of course. 😉 Good thing about it was I could systematically test out all the measures taken during the last few month’ to get rid of inter-station interference. Seems it really paid off as we did not have any serious problems at all with parallel station usage. Even 40 / 15 which is usually a really hard combination worked flawlessly except when the 15 m yagi was pointing directly to the 40 m dipole. But that seldomly happens so no issue either. 😉

Sunday late evening condx improved again and I could even copy most of the U.S. West Coast states on 10 m. Sorrily I could not raise a single soul at all. Although signals were up to 539 they just CQ’ed into my face. 🙁 Really wondering if I might have too hot an RX overhere or if those guys are running lots of kilowatts or simply have bad receivers. Quite a frustrating situation … Anyway, here’s my tiny result:

Next up are WAG and WWDX-SSB for me. I will have a week of holidays in-between. So we’ll try to install some beverages and gain some experience with RX antennas for the low bands. Never done it before so eager to learn … 😉