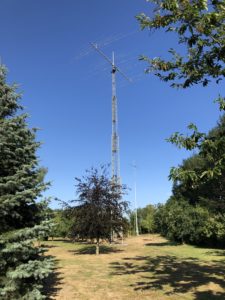 The big Optibeam sure makes for a good signal. Additonal temporary antennas for all bands (20 & 10 m to be seen in the background) are very helpful for the multiplier station, too.

I was invited to join the DK3R team on Rügen Island, EU-057, during this year’s IOTA contest again – an invitation I happily accepted although it interfered a little with our move to Hamburg. 😀 But I somehow managed to organize both in parallel so was looking forward to the trip to Rügen last weekend.

We were quite lucky with the weather on Saturday but had some rain early Sunday morning. Radio conditions were rather mixed, too. There was the occassional Sporadic-E opening on the higher HF bands useful to collect some multipliers but besides this we didn’t spend too much time on 15 & 10 m. Even with good openings it’s not very efficient as long as the band is not open to the UK. You need to work all the 15 pointers! So the “money bands” were 20 & 40 m once more.

Our QSO total lacked quite a bit behind last year’s result during Saturday, i.e. we had up to 140 QSOs less in the log. Still we were on par in total result meaning we could make up for the loss in QSOs by working more island stations and more multipliers. The night shift on 80 & 40 m did an extremely good job, i.e. worked many more QSOs and especially mults than we had hoped for, so we were not that much behind Sunday morning anymore. Interestingly the receive antennas for the low bands specifically set up in the field behind the property didn’t provide any advantage. Signals were equally loud (or even louder) on the transmit antennas. Guess it only means the location is quite quiet. 😉

At the end there was still a 55 QSOs difference but the total result was way better than last year. In fact it’s the second highest result ever done by the team from this location!

Judging from the posted results on 3830scores.com it should be good enough for another world win after last year! 😎 This would be my 4th one this year this time being part of a great team of experienced contesters!

Interestingly our result is even a little better than the LZØI team’s who participated M/2 and made 1.600 QSOs more (i.e. more than 4.300 QSOs in total!) but 120 less multipliers as well as 25 % less points/QSO average although they operate in a much better location propagation-wise. Seems they concentrated a lot more on just running whom-ever called which is fun, of course, but probably not the best strategy. 😉 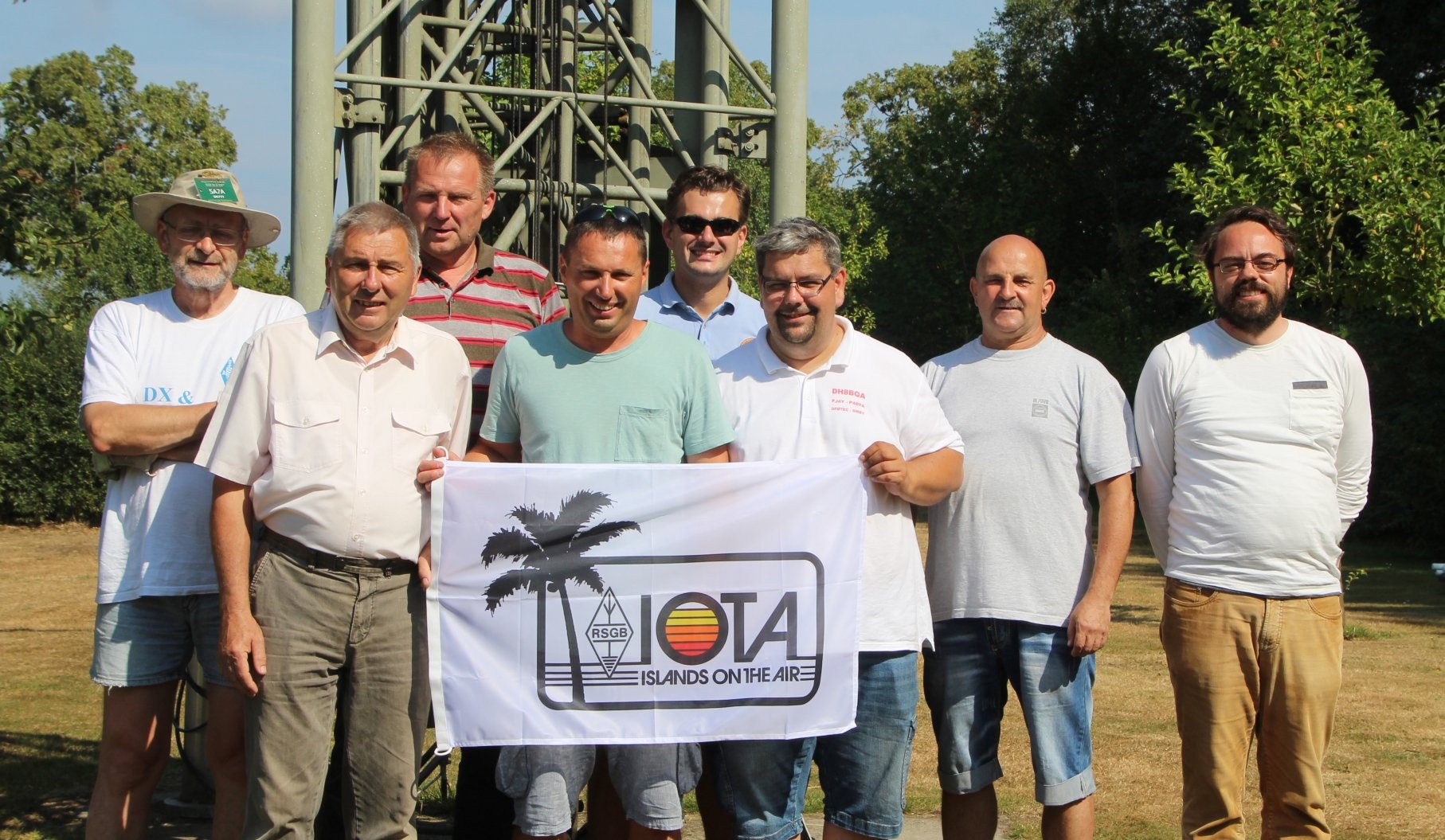 I think in the name of the whole team we can only say a big fat THANK YOU to Andreas (DL1KZA), Burkhard (DL3KZA) and families for their fantastic hospitality, the delicious food and care taken for us, as well as Oliver (DL2ARD) for being a great team leader taking care of all the needed stuff and spending his time already a week upfront the contest to set up antennas, station, a.s.o. Looking forward to next year already. 😎 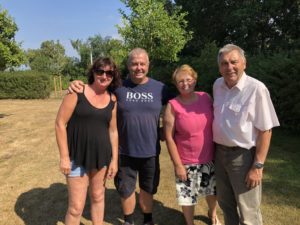 After the contest we were visited by Noel, OO4O, and his lovely wife. Noel participated from Rügen, too. In fact his holiday rental house was just 5 km away from our location. 😉 He took it quite leisure doing about 400 QSOs low power using a Spiderbeam and wire antennas. He has been visiting a new island during the IOTA contest every year for the last 10 years now, see some impressions on his qrz.com profile. It seems they liked Rügen Island a lot. Indeed it is a big recommendation for visitors of Eastern-German beach locations as well as Usedom Island (EU-129), too. 😉

This entry was posted in Contesting, Expeditions. Bookmark the permalink.